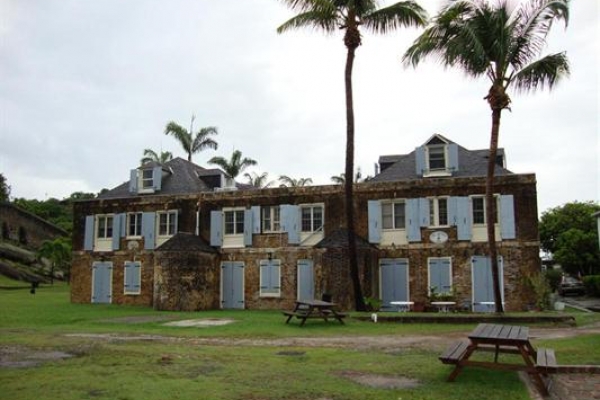 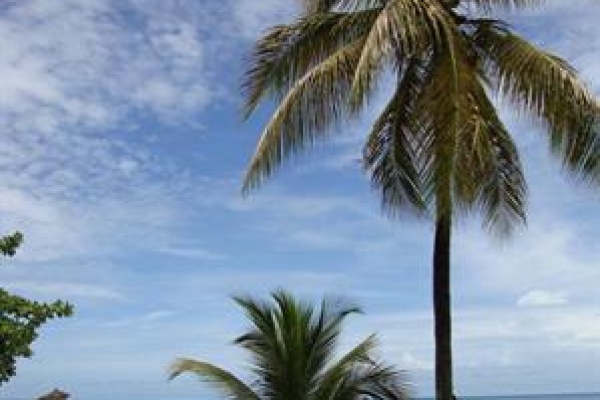 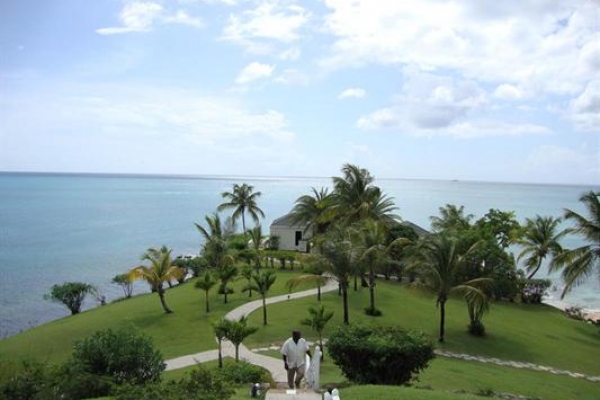 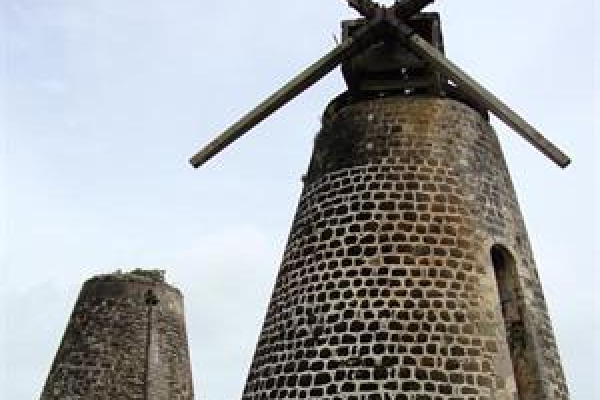 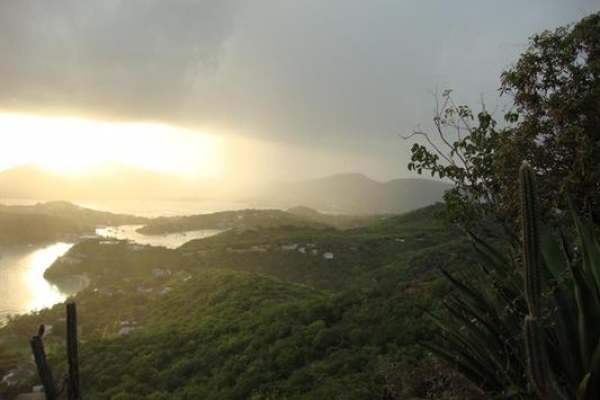 Antigua - waking up to the rising sun

My first recommendation for any Caribbean trip is to start it by loading your iPod with a “best of” Bob Marley collection. Let the rhythms and words inculcate you for the journey ahead, sparking in you an excitement for something much deeper than the picturesque beaches.

There is something spectacular about this people, seemingly at peace with itself and frozen in time, since the departure of their British rulers in 1981. Perhaps this peacefulness comes from the freedom of the social pressures associated with overpopulation, since the island only houses eighty-five thousand people. Perhaps its’ the way in which they gained their independence, either way it is worth noting that you are unlikely to be disturbed by anything other than the sound of the ocean.

Upon disembarkation, from the very first moment, you will feel it. It surrounds you and clings to you as if to reinforce the feeling that you have arrived on distant shores. The initial heat is so alluringly potent, that your whole body will feel as if it has caught fire in that instant of going from the air-conditioned plane, down the short steps towards the tar, of VC Bird International airport.

It is so hot, in fact, that the airport staff welcome you with a cool refreshing fruit punch before you even reach the queue to clear customs. That is your first experience of the calypso drawl of an accent, that rolls across the tongue as sweetly as nectar – or an ice cold fruit punch in feverish heat.

Antigua, derives its name from the Spanish word for Ancient. Christopher Columbus named it after an icon in Seville, by the name Santa Maria de la Antigua, in 1493. The most recent Amerindian culture to have occupied Antigua, before the Europeans arrived, was the Caribs. In 1684, an English colonist by the name of, Sir Christopher Codrington, established the first permanent European settlement and Antiguans agree, that his impact was a turning point in the history of the island. Over fifty years Sir Christopher turned Antigua into a very successful sugar producing island, not yet a nation, and his original sugar mill can be seen at the very popular “Betty’s Hope” site.

Taxis are the only way to get from the airport to your hotel and they take both US Dollar as well as Eastern Caribbean Dollar. Make sure you travel with some US Dollars to speed up the process of getting to the Hotel, as there is a permanently set exchange rate between EC and US Dollars. Right beside the airport you will see the Stanford Cricket ground, which was bought by Allen Stanford, Texan billionaire and alleged defrauder, in 2004. It had previously been known as the Airport Cricket ground and it is a very picturesque building. You might also recognise that this is a very big cricket playing nation, having produced some legends for the West Indian team.

We stayed on the western coast, in a parish called Five Islands. More specifically on Hawksbill beach, in The Hawksbill by Rex Resorts. This beach takes its name from the Hawksbill turtle (often called sea-turtle). If you find yourself in Antigua, between April and November you might get lucky enough to see the females lay their eggs.

Hawksbill beach is located about twenty minutes from the capital, St John’s. It is important to have enough cash at hand to get you to St John’s from wherever you are staying, because it is the only location of cash points. There are mythical ATMs dotted around the island, but these aren’t always working, so ask your taxi driver to take you to the nearest one. It is also recommended that you select the full-board (all inclusive) option when booking your hotel, because travelling around the island can be expensive by taxi. If you are likely to venture out often, you will find car rental is an inexpensive alternative as well as being a great way to get around. Traffic is light, if not non-existent and steering is on the left, like most of the commonwealth countries. You might be surprised, though, to find that some rental cars, specifically the American cars, are imported from America so the steering-wheels will be on the left hand side. If you do decide to rent a car, you should look for a couple of days as one day is too short for exploring this beautiful island.

The beauty of driving on an island, is that you will eventually see everything, if you keep going. There are some must-see rainforest routes, the most famous of which is Fig tree drive. To make the most of your drive, I would suggest driving clockwise around the island. Below is a map to illustrate all my favourite spots.

Along this route, you will pass the Sir Vivian Richards cricket ground. The stadium was built for the 2007 Cricket World Cup, hosted by the West Indies. A must-see for any cricket lover, and if you are there at the right time of year, you will be able to catch a test or one day international.

Next you should head towards Betty’s hope. This is the original sugar mill on the island and you will be able to see a restored sugar mill as well as walk the estate, to get an understanding of both the inequalities of the time, as well as the engineering feats. A great contrast, but such as the rest of the island, fully at peace with itself.

The next stop is Devil’s bridge. On the Atlantic side of the island, the waters are a lot more unsettled than on the west coast, and over centuries it has carved natural blowholes into the rocks. This gives the appearance of a rock arch, resembling a bridge. During the slavery days, it is said that the unhappy and ill treated slaves would throw themselves from the bridge, thus committing suicide. Therefore it became popular folklore, that the devil must be awaiting their souls on the other side of the bridge. Thus the Devil’s bridge. A sad history, but an example of the majestic power of the Atlantic ocean.

Having successfully rebuffed the temptation to jump off the bridge, you carry on to Nelson’s Dockyard. Here you can explore the historic houses, and a surviving window into the old British Empire. You can also "catch" an island version of the English classic, fish and chips. The former house of Lord Nelson is a wonderful exhibit of figureheads (yes, the ladies on the front of boats) of the time. Enjoy some time here, and explore the various outhouses, shops and market stalls for the authentic Caribbean floral shirts. Here is a great example of the friendly culture in action.

So continue. The Fig tree drive, is a road that takes you through the heart of Antigua’s rainforest. Stop off and absorb the moisture in the air and smell the freshness of the earth. Along the drive there is a zip wire facilities, which takes a few hours to do and can be great fun if you are not frightened of zipping between the treetops. This is very safe and famous all over the Caribbean for its scenery.

You are now on the South-west of the island and on route back to the hotel, you should stop off at Jolly beach. This is a great place to have a drink or stroll along the gorgeous sandy beach with your feet in the calm, warm, turquoise waters of the Caribbean sea.

If you want to experience what life is like for the locals, you should make your way down to Shirley’s Heights on a Sunday evening. The custom official's welcoming words had been, "party hard and chill out,” and here, you can indeed experience exactly that. In essence it is a lookout point, which once served as a critical part of British defences of their island. Nowadays it erupts into an informal party on a Sunday night, where everyone’s welcome. There is a huge calypso band as well as more contemporary ska or reggae music. There is a restaurant, and calypso barbeques near and inside the main building. There is also a great selection of reasonably priced drinks at the bar. The facilities are clean and not overcrowded, which makes it a very desirable place to have a party. Make sure you arrive in time to see the sunset as it is a particularly special experience.

The capital, St John’s is also worth a visit, especially for the necessities like buying a bottle of rum and gifts for those unfortunate souls not lucky enough to be soaking up the sun with you. There is a great fruit market, which is a novelty if you are staying in an ell exclusive, but an experience none the less.

One last thing I can recommend is to go kayaking and snorkelling. There is a company called Paddles, who will pick you up from your hotel and drop you back at the end of the day. You can go for a whole day or half-day excursion, and get some food and drinks included. You kayak with a guide through the mangroves and will encounter a number of interesting sea-creatures, as this is the main hatching ground for starfish and jellyfish. The snorkelling is very well organised and care is taken in pointing out what you will encounter on the coral reefs. It’s a great day out and not very expensive.

In the Bob Marley song, “Three little birds,” the opening lines tell you, “Don’t worry, about a thing. ‘Cause every little thing is gonna be alright.” This is true. These opening lines are followed by another, more subtle truth:

Rise up this morning

Smile with the rising sun

Sits by my doorsteps

Of melodies pure and true

This is my message to you

And that is the point. You will rise with a smile on your face and be swept into an eternal state of relaxation by the conflicting, yet harmonic songs of the Bananaquit (or yellow bird), Black-faced Grassquit (a type of finch) and the house sparrow. Their songs are as harmonious as the people and as relaxing as the rum. For this reason, Antigua will forever be on my list of “best beach holidays in the world.”